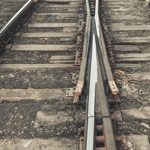 Most train crashes involve pedestrians or vehicles on the railroad tracks. Rarely do they involve other trains. However, this was recently the case in Miami, when two trains collided. While nobody was killed, four people were injured. The crash happened on the evening of September 24. Two CSX freight trains collided at Northwest 15… Read More »