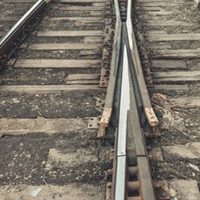 Most train crashes involve pedestrians or vehicles on the railroad tracks. Rarely do they involve other trains. However, this was recently the case in Miami, when two trains collided. While nobody was killed, four people were injured.

The crash happened on the evening of September 24. Two CSX freight trains collided at Northwest 15 Street and South Perimeter Road, near Miami International Airport. Both trains were derailed.

Miami-Dade Fire Rescue dispatched more than two dozen units to handle the crash. One unit was sent out to handle hazardous materials, as there was a diesel fuel spill involved. Four people were injured, including two crew members. All were hospitalized with minor injuries.

The two trains crashed on an industrial track outside the main line, so it has not affected Tri-Rail’s train schedule.

CSX transports a variety of materials, such as ethanol, biodiesel, chemicals, and automobiles.

The company is investigating the incident and working closely with first responders to assess the situation and develop a plan.

Several lanes were closed in the area as crews cleaned up and investigated the crash. The eastbound lanes on Perimeter Road from NW 57th Avenue to NW 15th Street were closed until the following morning.

Train crashes are not as common as car accidents, but they still occur frequently. Here are some common causes:

Train accidents are serious events. The injuries from a train crash can be severe. Those involved need to seek legal help right away.

There are many events that can trigger a train crash. The Tampa train crash attorneys at Moore Law can help you get the compensation you deserve. Don’t settle for less — get Moore. Contact us for physical and financial recovery. Schedule a free consultation by calling 813-510-5400 or filling out the online form.