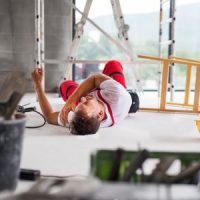 Construction sites are known for being dangerous. There are numerous risks involved in this industry. Because of this, many people are injured or killed while working on various buildings.

Sadly, this happened to a man who was crushed to death while using a porta-potty on a construction site. The fatal accident happened on the afternoon of March 4 at North Central Landfill in Winter Haven in Polk County.

The 43-year-old man was working as a traffic control contractor. He was using the porta-potty when a bulldozer ran over it, crushing him inside. The driver heard a crumbling noise and immediately got off the bulldozer. He opened the porta-potty to see if anyone was inside and that was when he found the man inside unresponsive. The man died from his injuries.

The bulldozer driver was driving up an embankment to park it for the night. He could not see that he had run over the porta-potty because the front blade was lifted up too high.

The Occupational Safety and Health Administration (OSHA) was immediately called to the accident scene. Before the accident, the victim was working as a spotter at the construction site, directing the flow of trucks in the landfill. He was employed at the job site through the company called CertiTemp. The man’s death was the only death at the landfill in its history.

Porta-potty accidents are not very common. However, there are some common construction accidents you should be aware of, such as the following:

Construction accidents can cause serious injuries and death. It is important that workers follow proper safety precautions.

Injured on a job site? Seek legal help from a Tampa construction accident attorney from Moore Law. We can help you get the compensation you deserve. Schedule a free consultation with our office by calling 813-510-5400 or filling out the online form.