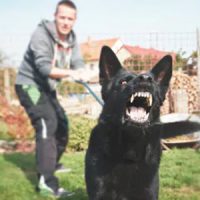 Tens of millions of Americans own dogs. While dogs are seen as man’s best friend, not all are friendly. They may not be well-trained or they may just be an aggressive breed. In these cases, they can attack people and cause catastrophic injuries.

A political candidate in Florida has been sued by the family of a dog bite victim. The family has filed a lawsuit against Pinellas County congressional hopeful Anna Paulina Luna, as well as her husband, the campaign, and the sponsors of a fishing tournament, where the dog attack occurred in November. The lawsuit is accusing Old Salt Fishing Foundation, a nonprofit organization, of negligence because dogs were prohibited at the location, but the dog was there anyway.

The father of the dog bite victim, a 9-year-old boy, claims that a dog lunged at the boy and bit him. Luna and her husband, who were attending the event, allegedly own the dog.

The boy had to get 11 stitches for his injuries. The lawsuit is asking for more than $30,000 in compensation for a variety of damages, including medical expense, scarring, pain and suffering, and mental anguish. The lawsuit also cites state law, which defines the owner of a dog as any person or organization that keeps or controls a dog.

Witnesses told a Pinellas County sheriff’s deputy at the scene that the boy and other children were playing with a football. The boy caught the ball and ran near the dog, a Belgian Malinois. That was when the dog attacked him.

No criminal charges were filed against Luna’s husband, who allegedly uses the dog, named Gunner, as a service dog. The dog is considered to be a “highly trained” animal provided by Homefront Canine, which provides dogs and other service animals for veterans with disabilities. It is unknown what sort of disability Luna’s husband has, but the dog is not an emotional support animal.

Luna’s husband had the dog on a 3-foot leash, but the boy ran within reach of the leash. Still, why would an allegedly highly trained service dog attack a child? Luna’s husband claims that the dog was provoked by the boy, which is why he was bitten. The dog, however, had never bitten anyone before in the past year that the couple had had him in their household.

A campaign spokesman denies that the campaign co-owns the dog and also stated that Luna and her husband were not attending the event as a campaign function. It is unknown whether Luna, her husband, or her campaign have offered any compensation to the boy and his family for damages caused by the dog bite.

Dog bites are serious injuries that can cause severe injuries, especially to children. A dog attack can cause significant physical and emotional distress to a child.

If you or a loved one has been affected, seek legal help from a Tampa dog bites & animal attacks attorney from Moore Law. We understand the damages involved and will help you get the compensation you deserve. Schedule a free consultation today by calling 813-510-5400 or filling out the online form.