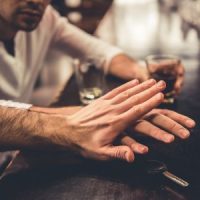 Driving under the influence is taken seriously in Florida and other states. That’s because drunk driving accidents can be fatal. Sadly, this was the case in Polk County. A woman and her friend are both facing DUI charges for causing a fatal accident in Brandon in November.

If only one person was driving, why are both facing DUI charges? The woman who was driving is facing a DUI manslaughter charge for hitting and killing a man on the evening of November 24 on I-4. The woman’s friend has been charged with culpable negligent manslaughter. That’s because a 45-year-old woman allowed the driver, a 46-year-old woman, to have her keys and drive despite being intoxicated.

The two women went out to a couple bars that evening. The 46-year-old woman, who had multiple alcoholic drinks, left Lucky’s Bar and drove to a WaWa in Lakeland. She bought a sandwich and due to her erratic behavior, the store clerk tried to take the woman’s keys away from her but the woman grabbed them back. However, the woman later dropped them and went back out to her vehicle without the keys.

A WaWa employee called Lakeland Police to report the woman. Police officers found the woman had thrown up on herself but she had no keys on her, so she could not be arrested for DUI.

Police officers called the woman’s friend, who agreed to pick up the woman and take her home. The WaWa clerk was told not to return the keys to the woman until the next morning.

Police officers stayed at the Wawa until they watched the friend drive out of the parking lot. But after the officers left, the friend returned to the Wawa and got the woman’s keys. The clerk was under the impression the friend was going to drive the car home.

However, the friend gave the keys to the drunk woman and let her drive. Less than 10 minutes later, the drunk woman hit and killed a man on I-4. The man was standing outside of his pickup truck at the time. He died at the accident scene. The woman’s alcohol level was .207 grams per 100ml of blood—2.5 times the legal limit of 0.08 grams per 100ml.

As seen in this case, drunk driving can lead to fatality. People need to think about their mental state before getting behind the wheel, as alcohol can lead to a lack of judgment, among other issues.