Pedestrian Killed After Getting Hit By 3 Vehicles 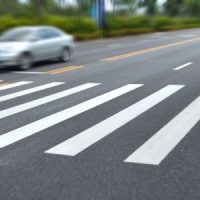 When a pedestrian gets hit by one vehicle, they will likely suffer severe injuries, but there’s a possibility they could survive. When they get hit by three vehicles in a span of just a few minutes, the odds are against them.

A pedestrian was recently killed in Orlando after getting hit by three vehicles in a row. The fatal accident happened on the morning of September 8 at Orange Blossom Trail and Premier Row.

The pedestrian was taken to Orlando Regional Medical Center, where they later died. Their identity is unknown. The pickup truck driver was not injured in the accident. The crash is being treated as a hit and run accident. Anyone with information about the other drivers should contact Florida Highway Patrol.

Most pedestrian accidents are caused by the driver. When it is the pedestrian’s fault, it is often because they are intoxicated or they don’t fully check the crosswalk before crossing.

However, driver negligence is the most common reason for crashes involving pedestrians. Even when pedestrians are using the crosswalk legally, drivers do not always look for pedestrians or follow the laws. Failure to stop at stop signs and stoplights is a common cause of pedestrian crashes. Many are distracted by phones and other devices such as radios and navigation systems and fail to yield to those in the roadway.

Poor visibility may also be a reason. Pedestrian accidents tend to occur at night, in darkness, due to a lack of visibility. Fog, rain, snow, and glare from the sun can also make crashes more likely to occur because pedestrians are harder to see.

Drivers do not always look for pedestrians. They could be distracted, fatigued, or intoxicated. Therefore, pedestrians need to act carefully when on the road with vehicles. They should not expect drivers to look for them and stop.

If you have been hit by a car, you could be dealing with serious injuries. Seek legal help from the Tampa pedestrian accident attorneys at Moore Law. Don’t just get compensation — get Moore. Schedule a free consultation with our office today by filling out the online form or calling 813-510-5400.

By Moore Law | Posted on November 29, 2022
« Slips And Falls At Hotels
Motorcyclist Killed In Solo-Vehicle Crash »